It'd been five months since losing Bash and Tristen. Though it cannot be said that Elias and Isolde are happy in the sense that they have moved on and forgotten them, but they have grown stronger. Closer. Isolde was tending to the garden when Elias, who had been standing off by the barn watching her move about quietly. Elias, deep in thought, walked silently over to Isolde and pulled her into his embrace. Isolde giggled and kissed his cheek, making Elias smile. It was these moments where he could see the woman she'd been before the tragedy, that made life worth living for. 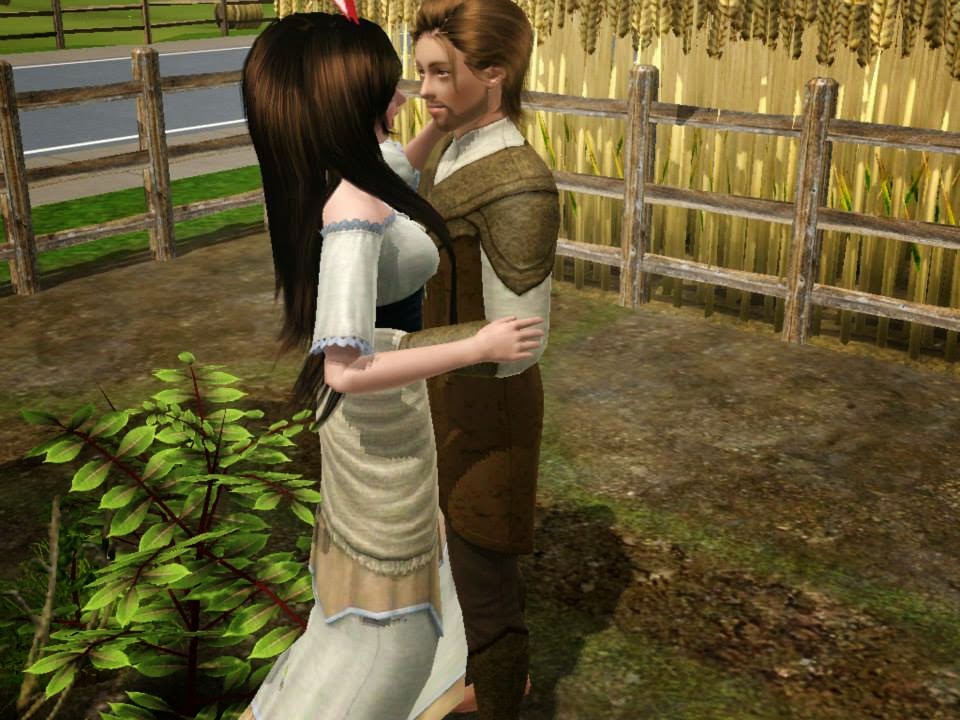 "When did you arrive back? I didn't hear you call." Isolde asked, her voice almost a whisper as if she spoke too loudly it would disturb her plants.

"Not long.. 20 minutes maybe. I stood by and watched you move about." Elias admitted almost sheepishly, blushing. "And I'm not used to alerting someone when I come home. It's just been me and Louis for so long now, but I promise to work on that."

Isolde smiled a small smile, which slowly started to turn into a frown. Suddenly she pushed Elias away, and ran towards the fencing just before she lost her supper.

"Isolde!" Elias cried out, concern filling his voice. The only time Elias had been around sick people was when his second youngest brother was sick with the plague.

"It's alright." Isolde said breathlessly, still bending over as if she weren't sure if she as done retching or not. "I'm fine, it was probably just the meat gone bad is all. Do not fret, Elias."

She stood up and slowly turned and walked out of the garden area to the pump and splashed cool water on her face and arms. Elias stood in the garden, not sure if he was suppose to follow or not before turning and continuing Isolde's tending to the garden. 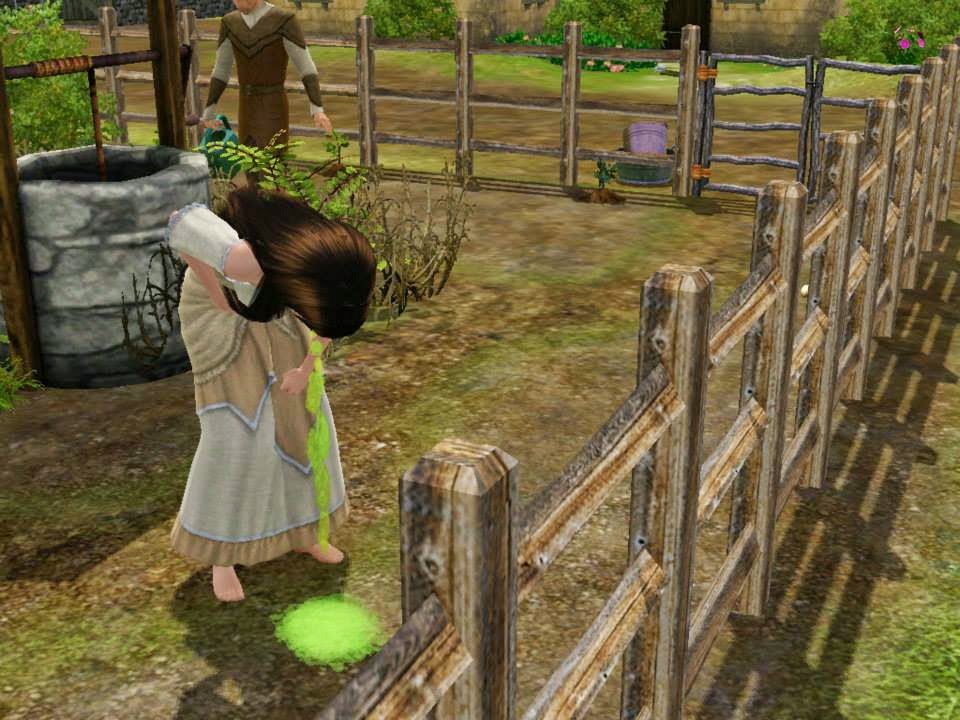 Isolde had already washed, changed her dress, and drank some milk - still warm from the cow just being milked before supper time. Looking out the window, she saw the moon. Casting an eerie glow that illuminated all but the shadows. She was sitting in the rocking chair that Tristen had made for her when she was pregnant with Alice, when Elias walked through the door. He looked in on her, nodded once, then walked into the kitchen to wash his hands before eating some of the bread Isolde had made earlier that evening. Knowing he couldn't put it off any longer, Elias returned to the living area where Isolde sat, seeming content. 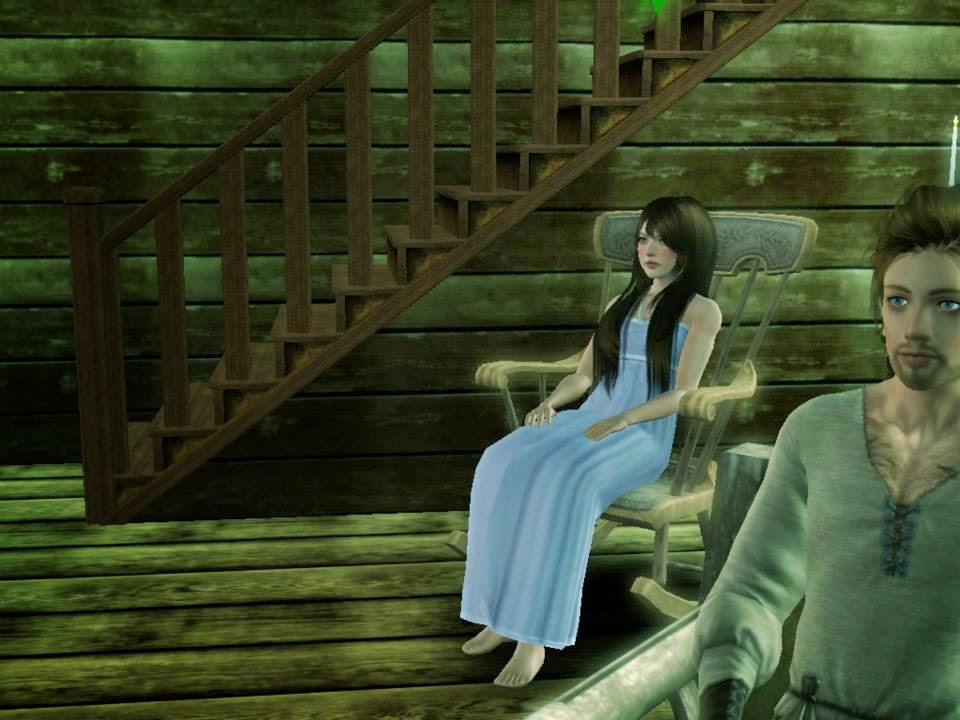 "There's a chill in the air.." he said quietly. Turning away from her before she could respond, knelt before the fireplace and began placing logs he'd chopped up earlier into the hearth. Once Elias got the fire going he stood up slowly, leaning forward, bracing his forearm across the mantle. He stared into the bright flames looking lost.

He could hear the smile in her voice and he let out his breath not realizing he was even holding it in. Slowly he turned towards her. They stared into each other's eyes, only briefly, but to Elias it was everything. Isolde broke eye contact first, staring down at her hands. Elias, feeling tense, walked over and had just sat down when Isolde stood up slowly, using the rocking chair for support, he could tell that she was nervous. Hell, she was shaking like a leaf in the wind! He stood and reached out for her, but then made a fist and brought his hand back to his side, taking a deep breath to steady his nerves.

"Dear Elias, there is something that I must speak to you about before we are to be wed." She stated very seriously, but he could tell by the look in her eyes that whatever this was about, it made her happy. Elias stood there staring at her, his face unreadable. His eyes, wary.

"I..." she took a deep breath to steady herself, her voice full of emotion. "You see, Elias.. I am... I am with child." Looking up to meet his eyes she saw a flicker of emotion that flitted briefly across his face as he registered this new information. His breath hitched, and slowly he opened his mouth to speak only one word.

"Tristen," spoken so softly, she would have missed it, had she not been looking in his eyes.
Isolde nodded her head slowly, her eyes brimming with tears. Tears that were not of sadness, but tears that were of joy. Slowly he stepped towards her, Isolde braced herself for what was to come next. She was unsure of how he would take this information. She knew their feelings for one another were delicate. Fragile, like the baby growing inside of her, but she could not marry him without telling him that she was carrying his brothers child.

Elias cleared his throat and what he did next, shocked and excited Isolde deep in her belly. Elias placed his hands on her rounding belly, a single tear escaped, flowing freely down his cheek. He looked up at her then and smiled. 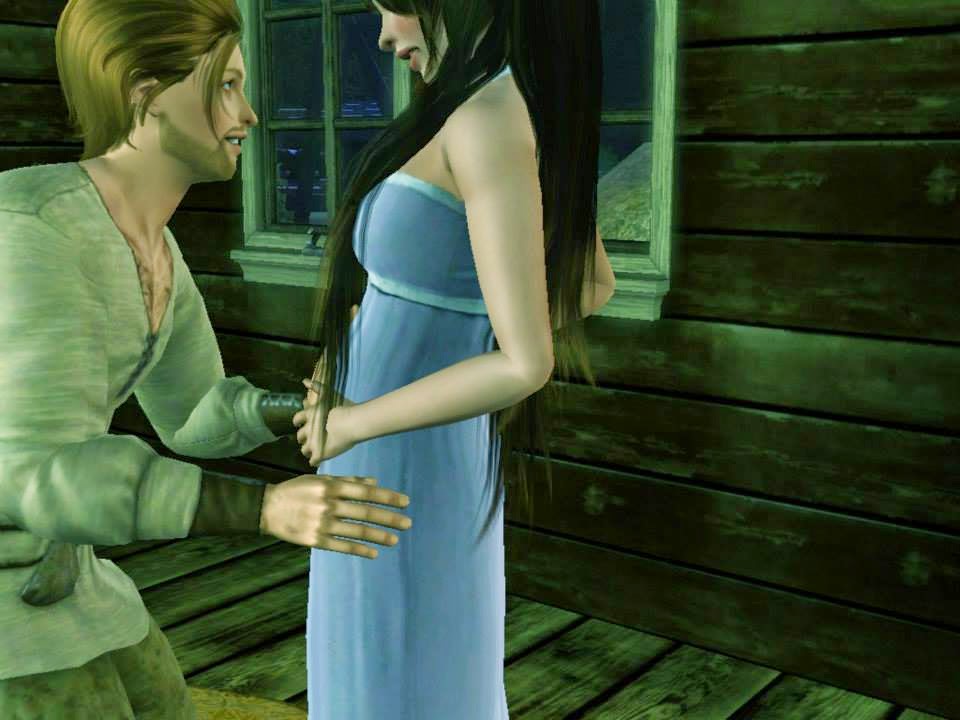 Isolde let out a little gasp and started to cry more freely knowing that, in his silence, he had accepted this child and Isolde. They were going to be just fine. They were going to be a family. And she knew that no matter what the future held for them, as long as she had Elias, everything was going to be just fine. Elias slowly stood, taking Isolde into his arms, he ran his fingers across her face and down her neck before he embraced her. A longing look flittered across his face.

"I love you." He said, deep with emotion. And then he kissed her. Kissed her with such a passion that she'd never felt before. Not even with Tristen. 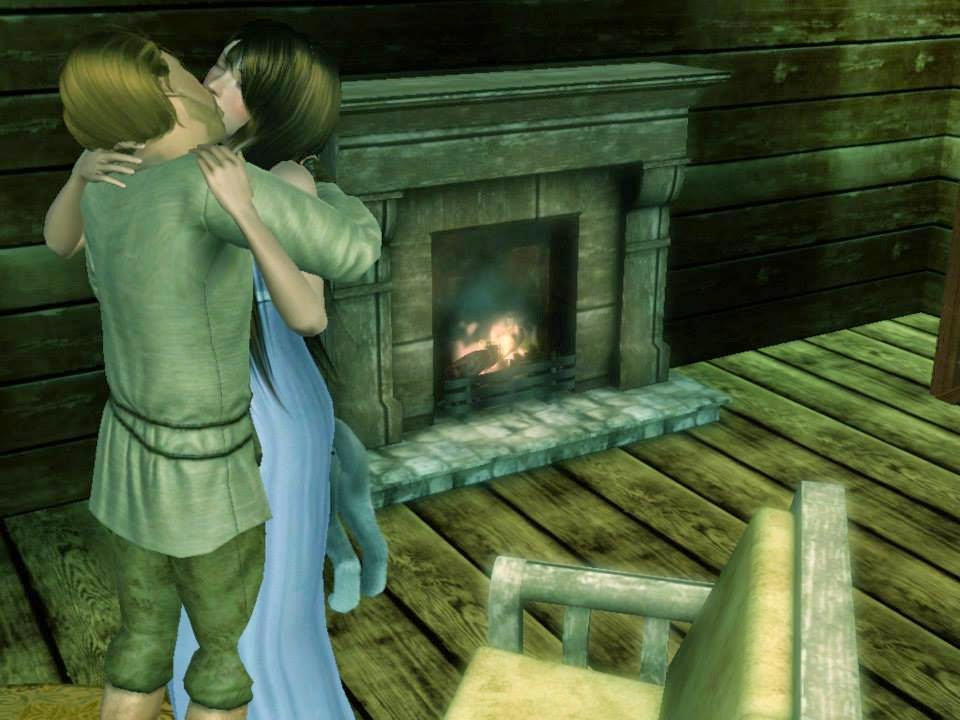