Hearing a noise at the back door, Isolde stood up, righting the chair she'd knocked over with her overgrown belly.
"Oh, Louis!" cried Isolde. She hadn't seen him in what felt like months! She thought maybe something had happened to him and Elias just didn't want to tell her in fear that she would go into shock again. "Here boy!" Isolde reached out, offering her hand to him. Louis slowly, and whining, made his way over to Isolde.

"What's the matter, boy?" Isolde crooned to the old sheep dog.
Bending over to give the dog a good scratch behind the ears, she felt a tear go through her abdomen as if someone had ran their finger from her navel up to under her breasts. 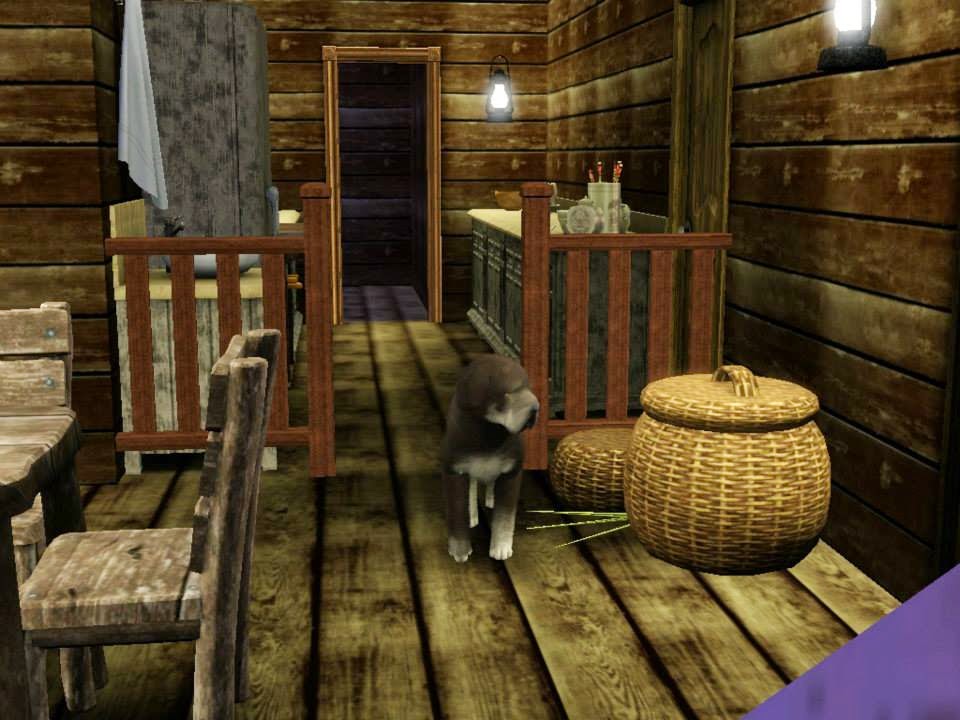 She stood there for a minute holding her breath.. afraid to move. What was this?! She was about to call for Elias, when all of a sudden if felt like someone had stabbed her with a white hot branding poker. Crying out, Isolde clutched at her belly, as searing pain shot through her back all the way around her midsection. With one hand, Isolde reached out to the nearest chair for support. Breathing slowly through the pain, Isolde looked around her house. What she was looking for, she had no idea.
Maybe it wasn't so much as WHAT she was looking for, but WHO she was looking for.

She wanted Elias with her. She needed him with her. 'Elias' Isolde silently cried out for him.
She started to whimper, alerting Louis who had been pacing by her feet. In that second, Isolde felt an intense pressure, she groaned. Warm liquid gushed out from between her legs, throwing her a little off balance and the sudden release of pressure she felt. Gasping, Isolde turned to take a set towards her bedroom when she felt like someone had stabbed her in her belly. 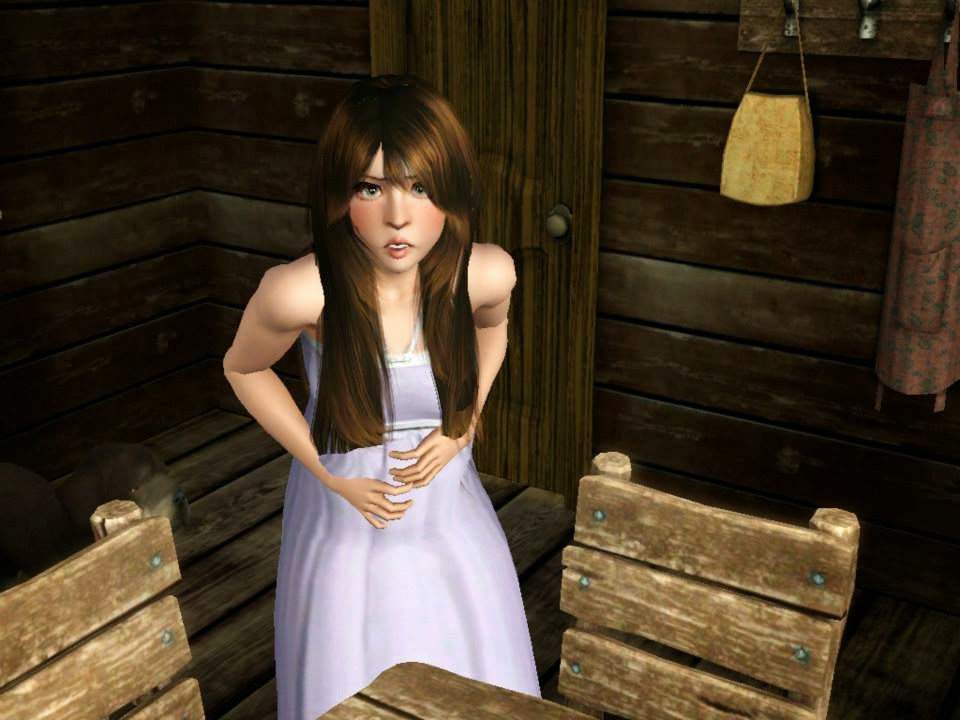 Isolde was sobbing, gasping for breath. She'd collapsed to the floor in the puddle of water that surrounded her. She knew the baby was coming, but it was too early!! Each time she tried to move, wave after wave of excruciating pain shot through her. She'd finally managed to pull herself up off the floor, when she noticed that Louis was gone. She felt it then. That searing hot pain accompanied with a lot of pressure and the urge to push.

She started to scream, just as Elias burst through the doors. 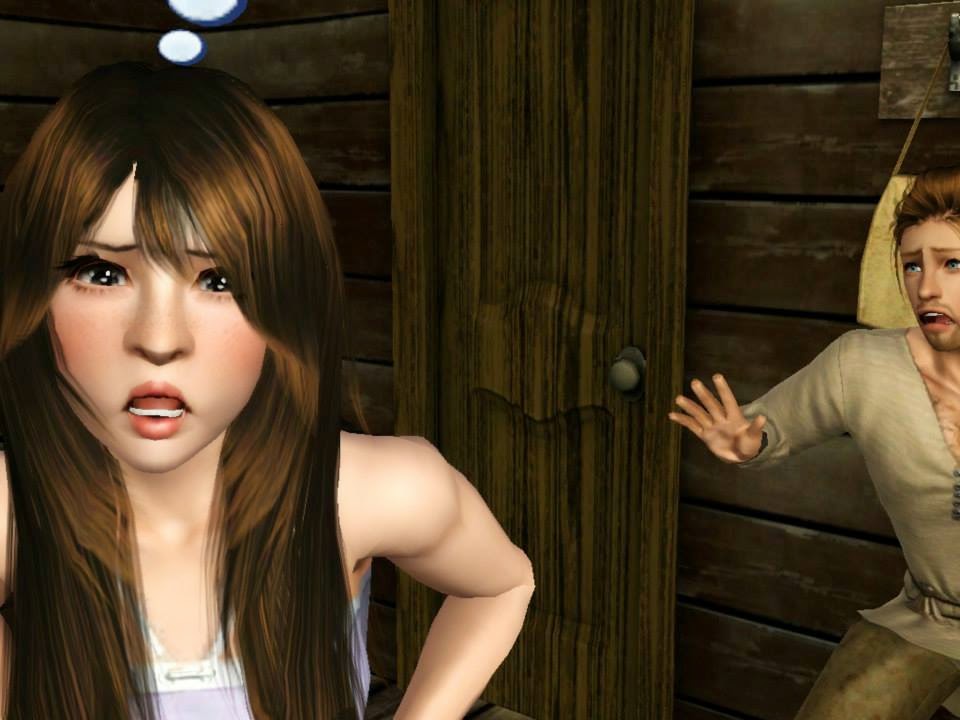 "NO!! ISOLDE!" He ran around the table and put his arms around her, trying to support her weight. "What do I do?!"

"GO FETCH THE DOCTOR!!" Isolde screamed, feeling another gut wrenching stab of pain tear through her entire body. She could hardly breath, she felt faint.. black spots clouded her vision, but she fought it to stay upright. She must NOT black out. Her baby needed her.
"I cannot leave you like this!" shouted Elias, grabbing his cloak and putting it on.

He rushed to her bedroom to grab, what she was assuming was her cloak as well. Elias came running out of her room, and draped Tristan's old cloak around her frail shoulders. She was suddenly enveloped with Tristan's scent... 'No, no, no!' Isolde cried to herself. 'You mustn't cry.. you have got to hold it together!'

"Elias.. I cannot go out in that storm! What if I give birth before we make it to the Doctors?! PLEASE! You MUST go fetch him! PLEASE!" Isolde pleaded with Elias. Seeing that she had won, Isolde took the cloak off and put it around Elias.

"OH!!" Isolde cried. She grabbed Elias's, digging her fingers into his shoulder, clutching her belly. The pains were getting closer together, Isolde knew that meant the baby would be here soon. She knew Elias would not make it back in time with the Doctor. She tried to put on a brave face for Elias, but she was scared. She was going to have this baby alone.

Suddenly Elias kissed Isolde hard on the lips. It was not with passion that he kissed her, nor was it out of love. It was out of need. She could feel it his need. He was afraid. Isolde put her hands on his chest and kissed him back, softly, on his lips and then his neck. Grabbing his hand she kissed his palm and placed it on her tightening belly, feeling another contraction coming.. she bit her tongue to not show the pain she was in. She knew if she did, Elias would never leave her alone. 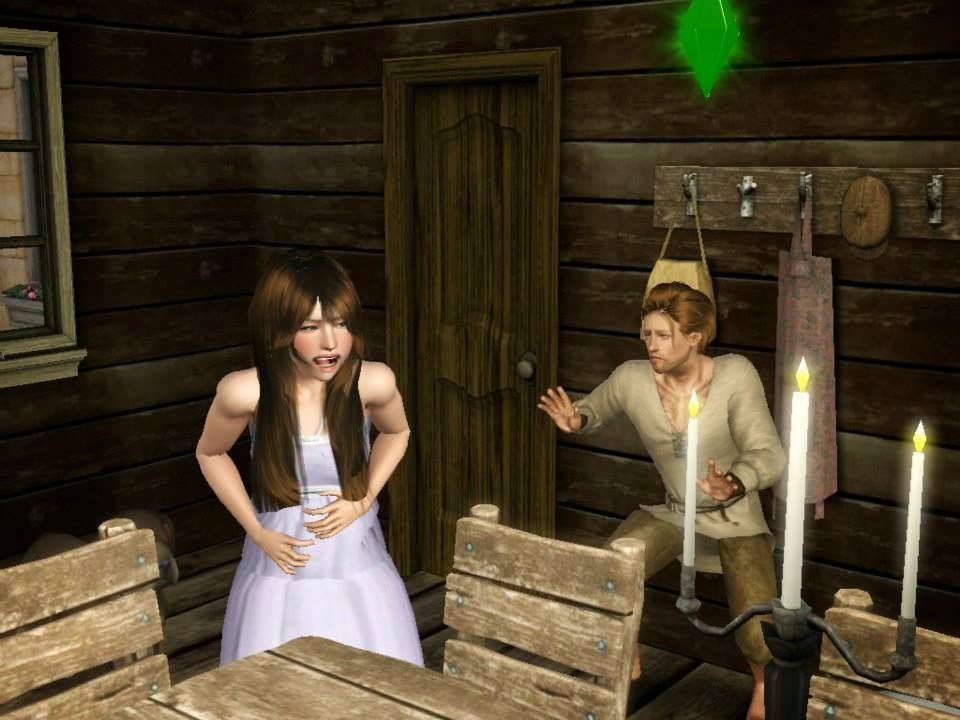 Once it subsided, she knew she did not have long before another came. She had to act fast.

"Carry me to the bedroom, I will stay there until you get back with Mary and the Doctor." Isolde said just barely above a whisper not trusting her own voice. Lifting Isolde gingerly into his arms, Elias carried her to her chambers.

'Her chambers.' Elias thought. 'How were they suppose to be married and not share a bed?' He chastised himself for thinking suck things at this time. He carefully laid her upon its mattress, covering her with the blankets. Elias looked around the room. He'd been in here numerous times, but never really seeing it until now. It made him think of Tristan, his brother. 'This room,' Elias thought. 'Everything in this room, Tristan touched.' Elias knew he'd never be able to rest in this room and the thought punched him in the gut.

Trying to push his pain aside, Elias bent over Isolde and kissed her again before leaving her, tucked in her bed, to fetch the Doctor and his wife. He left Belle with her, told her to send her to him if anything happened and he would head straight back home. Isolde promised Elias she would. Glancing back her once more, Elias shut her bedroom door, leaving it open just a crack. Isolde listened to Elias's hurried footsteps as he made his way though the dining around and out the front door. She heard him whistle for Horse and Louis, followed seconds later by pounding hooves from Horse as he sped off down the lane headed towards the good Doctor's house.

Isolde finally let out the breath she'd been holding and screamed as if her life depended on it.
Posted by Unknown at 3:03 AM