It was just past dawn when Tristan emerged from the house, fully dressed with a smirk on his face. Satisfied with himself, Tristan headed to the stables to get Enya ready for today's hunting trip with Elias and Sebastian. His brother, already there, was feeding Horse what looked to be celery. Tristan contemplated approaching his brother, apologizing about what happened in the kitchen, but decided against that. Whistling as he unlatched Enya's stall.

"I'm all set, Papa." Bash said as Tristan neared where his son stood just inside Heart's stall.
"Then go dress and we can be on our way." Tristan said laughing at his son's eagerness. Watched Bash take off towards the house not stopping once as he ran past the startled chickens.
Turning towards his brother, he saw that Elias, too, watched Bash run towards the house. A smile across Elias's face. It was rare to see his brother smile. Bash made him smile. Isolde made him smile.. though he never pointed that out to his brother, for he sure that Elias wasn't aware he'd been caught smiling at her. He was sure that Isolde was unaware of his smiles. Scratching his chin, prickly from facial hair, Tristan frowned.

He found out about his older brother's betrothal to his wife many years ago. Just after Alice died. Henry had told him and he confirmed Henry's word when he spoke to Anne about it months later. He wasn't sure how he felt about that. Though it did not matter seeing as Isolde was his wife and mother to his child, but he had a feeling that Elias knew of this arranged marriage. That perhaps, Elias, too, loved Isolde as he did. Maybe even more. He hated to admit it, but he knew that Elias would never have abandoned Isolde in their time of need. He would have stayed and held her as she cried and grieved with her. He suddenly slammed down his saddle, causing Enya to buck and whinny. Tristan grabbed her reigns and started soothing noises at her before she kicked stables apart.

"What's it to you, little brother?" Elias asked Tristan quietly.
"Spider." Tristan lied. 'Why are you lying?' he pondered and he rubbed the horses neck.

Sebastian walked into the house and saw his Mother in the kitchen preparing his satchel. He smiled, knowing she did not see him come through the door. Bash, still a child in his own right, rushed his mother. He grabbed her around the waste, picking her up and spun her around in a circle laughing at his Isolde who'd let out a scream that could have woke the neighbors down yonder.

"Sebastian Bishop!" Isolde scolded her son. Playfully slapping his arm. "Go get dressed. I've laid out new clothes for you." Bash surprised her then by suddenly hugging her. She held him close and closed her eyes. "13." She said sighing and kisses him on the top of his head.
Bash smiled at her and took off up the stairs.

Marta and Samuel, who had been passing by just before dark asked if they could stay the night since it was too dark to finish their ride home, had left after eating some warm bread and milk for breakfast. Isolde set about cleaning their room, removing the bedding and adding it to the wash she was to do later in the day. The hunting trip would take the men three days time. In that time, Isolde would be by herself on the farm, except for ole Belle. Doing the wash would take up an entire days light, so she just had to worry about the next couple of days to get through. Maybe she'd go stay with Marta on one of those days, or both. She heard Sebastian stomp his way down the stairs and out the front door. Isolde put the bedding down on the bed and walked to window. Looking out, she just could make our her son's silhouette as he made his way towards his Elias. Shaking her head, she turned on her heel and went to find Tristan. There was something off. She could feel it in her bones. 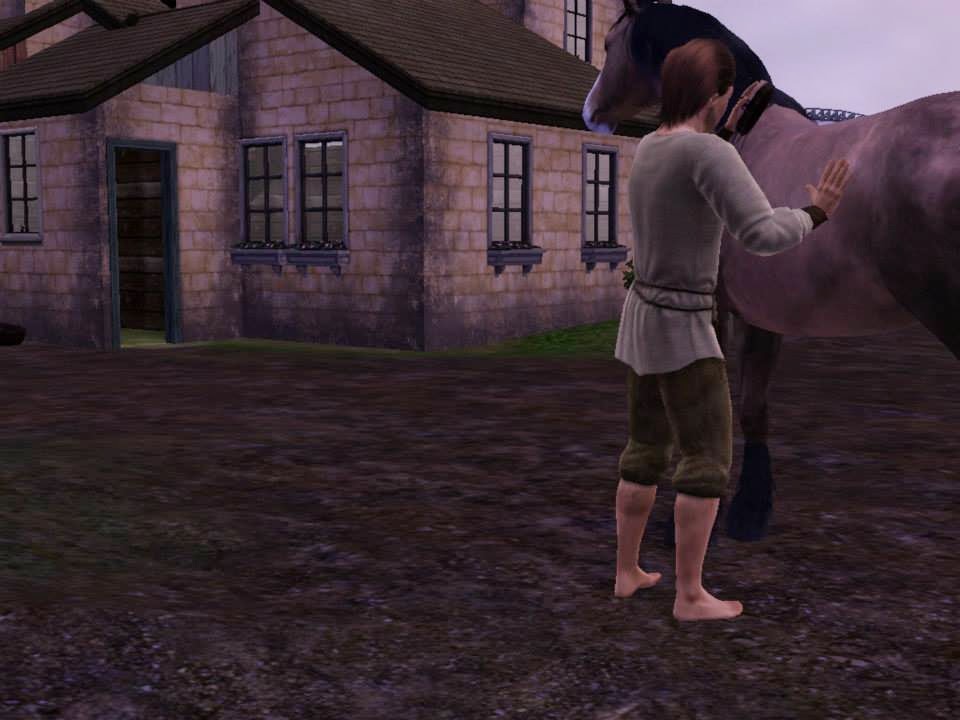 Sebastian, dressed in his new clothes that his Mama had sewn for him, was out the door headed towards where his Uncle Elias stood with Horse when he heard the strange howling. A howling unlike that they have ever heard before. They have heard it, of course, but its pained... its closer. A howl that you cannot separate as animal or man. He knows he heard it before... in his nightmares. The one's Mama sang away into the night. He shudders and the hair on the back of his neck stands up. He has a bad feeling about this hunt. 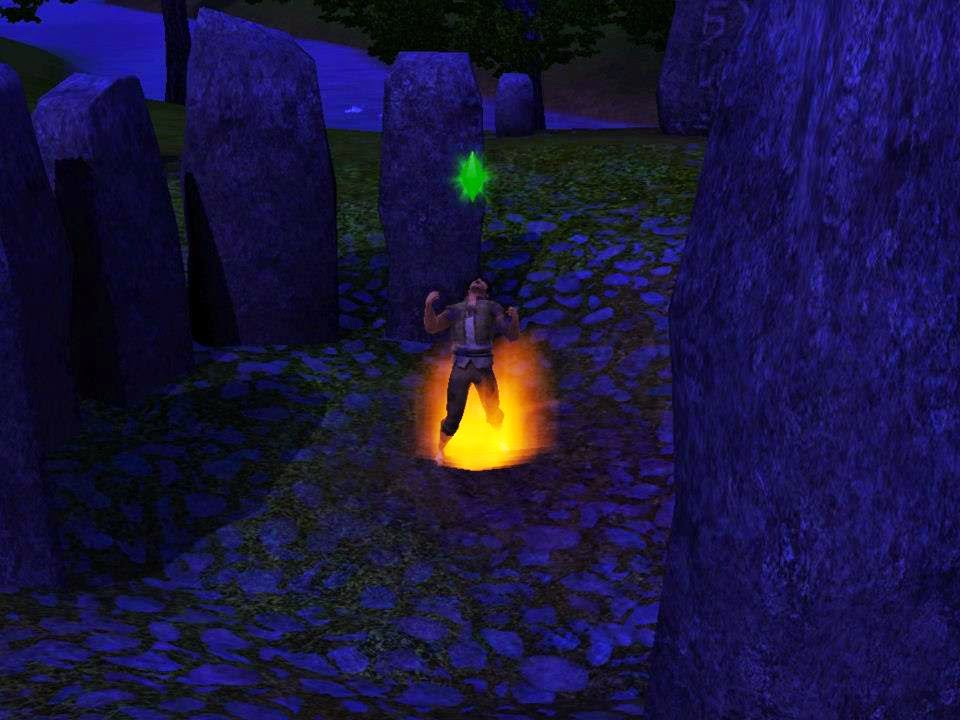 Every part of him wanted to turn and back to the house and lock all the doors. He overheard his Mother telling his Father about how she thought this hunting trip was a bad idea. And Bash knew that when his Mother had a bad feeling, generally.. something bad always happened. She had good feelings, too. Those, like the bad ones, always ended up being true as well. So why wouldn't Tristan listen to Isolde now? Bash's stomach was rolling by the time he made to where his Uncle stood. 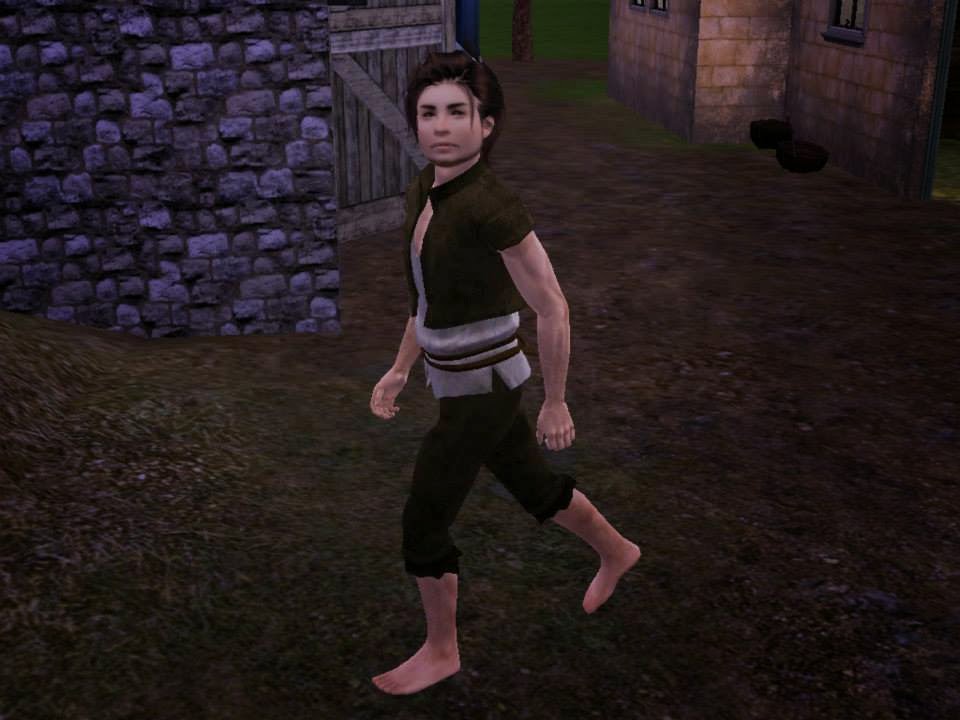 Elias turned from Horse to look at his nephew with concern.. he could tell there was something wrong because Bash's voice was shaky.

"He's talking to your Mama. What's the matter?" Elias asked, his arms folded across his chest.

Bash looked torn between wanting to say something and keeping his mouth shut, but whatever inner turmoil he had he decided to speak his mind.

"The howling.. I've heard it before." Bash said, barely above a whisper, but Elias heard him all the same.

Sighing Elias looked around for his brother, stopping what he was doing, he walked over to his nephew. Elias put his hands on Bash's shoulders and looked him in the eye.

"Sebastian, if you have any qualms about tonight's hunt, then speak to your Father. Traditions are not set in stone." He ruffled his nephews hair and turned back to Horse. "We can put off your hunting trip until after the full moon has passed." 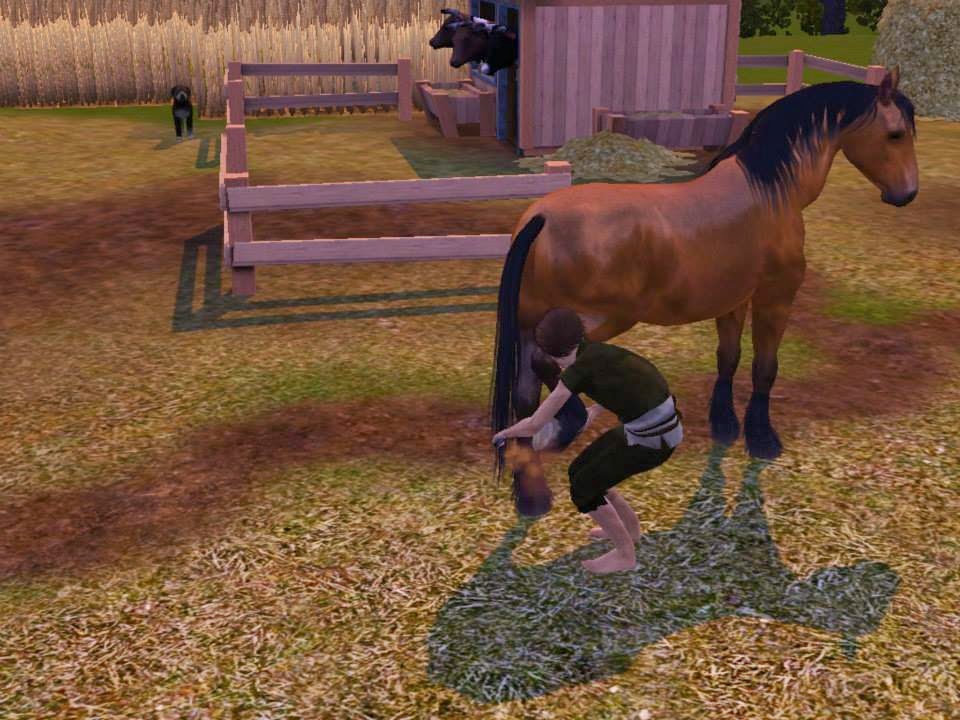 The more Bash thought about it the more silly he felt. He was a man now.. he couldn't be scared at every shadow that skittered across the ground in front of him. Nor could he jump at every noise, big or small. So, he did what he saw Papa do in stressful situations.. he straightened up, put his shoulders back and marched over to Heart to get him ready for tonight's hunting trip. Cleaning Heart's hooves and brushing him down calmed Bash immensely. He'd completely forgotten his feelings of unease he had before and was looking forward to his first Hunt with Papa and Uncle. 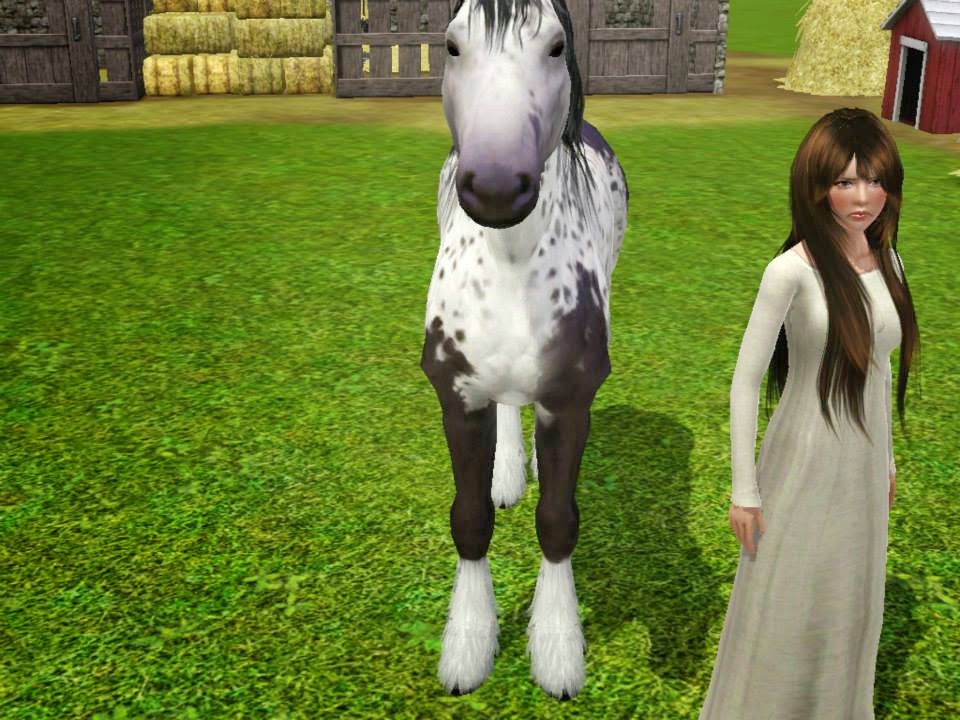 Isolde was following after Tristan, still dressed in her night dress, down towards the stables. And boy did she looked upset.

"Tristan Bishop, I am telling you. Tonight is not a good night for hunting. I have a bad feeling in my gut. You all must stay home." Isolde pleaded with her husband, almost demanded.
Tristan laughed at his beautiful, yet worrisome wife, and walked over to her pulling her into a hug.

"Dear Wife, have I told you how beautiful you look when you're pissed off?" Tristan rubbed his nose against hers making her giggle, then she playfully slapped him.

"I'm serious. Husband.. the howling. We've heard it before, at the last full moon. You know what it is! Look at Marta and Samuel.. they lost poor Elizabeth after they heard the howlin," Isolde paused and looked at her husband's brother who was talking to her only child.

"Please.. I cannot bare to think of losing you and Bash. I cannot.." her voice catching in her throat, "I will not survive without you." Wiping away the tear that slid down his wife's cheek, Tristan sighed. 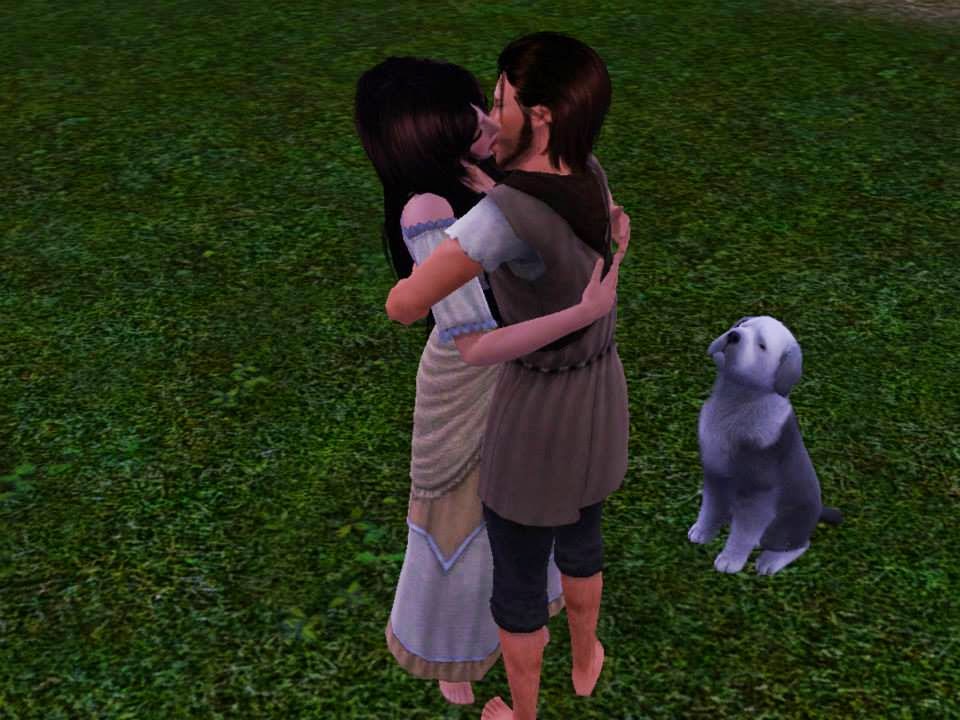 Sensing his wife's distress, Tristan pulled her into a tight embrace and kissing her with a passion that made the stars look dim.
"I love you," Tristan said after Isolde caught her breath.
"I love you, too," Isolde said while looking into her husband clear, blue eyes.
"We will be back by supper." Tristan kissed his wife's forehead, then her nose, and then on her beautiful mouth and turned toward his son and his brother.