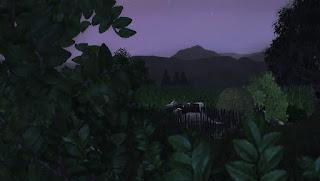 Crouched down behind one of the bushes on his farm, Elias silently stalked whatever made it's way upon his land. Law still stood firm on staying in doors after the sun set and without needing to, but out of habit, glance towards the sky he knew the moon was full tonight. Full Moon's were a treacherous sort. It brought out not only the worst kinds of people, but the things in which the law was made to keep people safe to begin with. Elias knew better than anyone that a Full Moon didn't stop a person cursed from taking the form of a wolf-man, or as Ole Tillie referred to them as, Werewolves. Its what Tristan and his nephew, Sebastian, would have certainly become if he hadn't handled matters that fatal day they had been attacked by William Hersh, who'd been cursed for Lord knows how long. 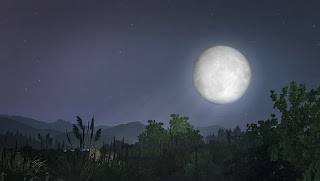 Turning his attention back on his livestock, he could see the animals herded into a corner in their pens. He could not only feel the fear radiating off of them, but he could hear it as well. The bleating lambs and mewing of the cows.. Elias knew a predator was among them, he just wasn't sure as to what it was exactly. The hairs on the back of his neck stood on end as did the hairs on his forearms. He knew whatever it was, it was dangerous and he very well could not make it back to the house. Fighting the urge to look back at what he knew was a house that would be black as pitch as all the windows were boarded/bared closed as were the two doors into his home, but he made it a point to snuff out all the lanterns outside and kick dirt into the fire under the spit Oweynn was turning supper on, so as to not draw the predators attention in that direction.

Keeping low, Elias stalked towards the animal pens and discovered blood on the ground around the pig pen that was still warm, fresh. Taking only seconds to confirm one piglet dead and one missing, Elias quietly pressed on not having time to stop and mend the fencing to keep any of the other pigs or piglets from escaping. He arrived at the edge of the Corn Field and the path to the family plot. He knew taking the time to check the plot could mean life or death for his family if the predator wasn't satisfied with the two piglets or other livestock, but he also knew the cons of heading into the Corn Field. It'd be very difficult to tread quietly and it would take time. Glancing back up at the Moon he tried calculating the time until the sun started to rise, lightening the dark sky with bright colors of Reds, Oranges and Yellows. He had about five hours to pursue, find, and kill it. Taking a deep breath, Elias made the decision to head into the Corn Fields. 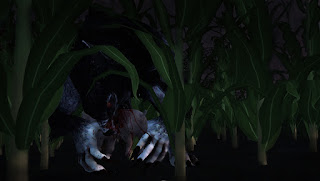 He hadn't been in the Fields but an hour, maybe more, when he heard the muffled sounds coming from 10 feet to the left of him. Silently, Elias crouched down below the leaves on the Corn Stalks and picked up speed hoping that whatever it was didn't catch his scent as he cursed at the winds for changing direction. 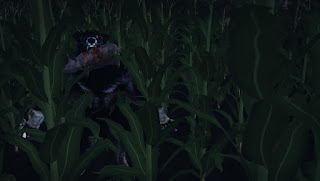 'Dear God,' Elias thought to himself, his heartbeat quickening as he took position with his bow and arrow. 'It's MASSIVE... bigger than Hersh!' 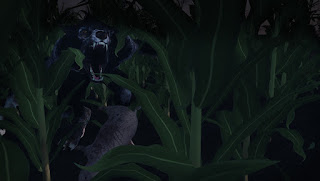 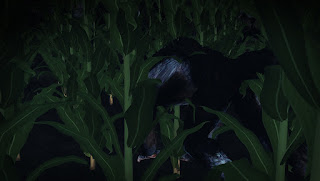 A Werewolf, standing four feet taller than Elias, was crouched over the missing piglet that seemed to still be alive as it played around with the poor thing. Finally giving in to temptation, or hunger, it sunk its teeth into the tiny body and with a twist, snapped the piglets neck ending any noise that further escaped its snout. As it started tearing the flesh and chunks of meat off its bones, Elias took aim. Just as he was about to release his arrow, the werewolf moved into a hunched position, making it difficult for him to get a clear shot. Elias unconsciously side stepped his foot landing on an ear of corn that was dropped or knocked from where it grew. The crunch of the tiny yellow kernels gave way his position. He watched as the werewolf locked onto his position, standing up he dropped the piglet from his jaws and let out a ferocious growl that sent shivers down Elias's spine. It spun around and took off in the direction of the house. 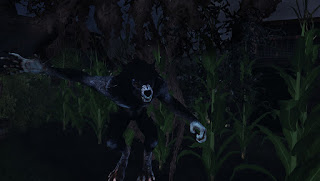 All he could think of were the faces of his children, of Mabel. He couldn't allow it to get too close! He'd risk life and limb to keep them safe from harms way and if that meant he died, then so be it. He no longer cared about being quiet anymore as he leap up and chased after the werewolf that probably outweighed him 10 to none. Just as Elias was almost clear of the Corn Field, panic in full swing as he pictured horrific images of his children and Mabel slaughtered dead in their home, he barely missed ducking in time as the Werewolf he was chasing swung down with open claws at his head. Tucking in towards himself, he rolled across the ground and was back on his feet. Bow and arrow raised at the beast before him who let out another treacherous howl. 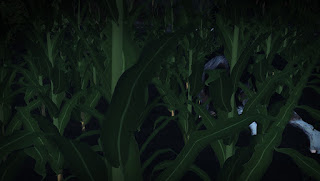 'Don't think about who it was before, kill it now! Kill it before it can kill Oweynn, Sybil, Grace and  Mabel. Kill it so that it can't harm any one else's family. Kill it for Isolde.' He screamed at himself. 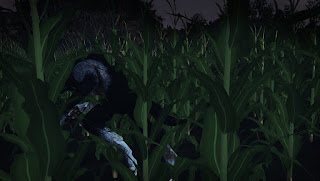 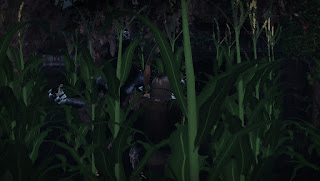 Not wasting time, he let the arrow fly as he reached back and grabbed another, positioned it and let it go, and again.


He'd let off four arrows before he registered that the howl had turned into a whimper. Stepping back, Elias took a fifth arrow and aiming it straight for the werewolf's head, Elias let it go and watched it as it sliced through the creatures eyeball and into it's brain. 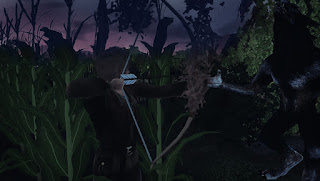 Without giving pause, Elias took the blade from his boot and stabbed the beast in the chest, straight into his heart. 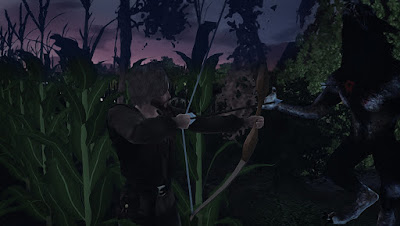 Once he was sure it was dead, he began cutting off its head.

[[Creators Note: All pictures edited by the lovely shortcakes over @ http://itsoceansecret.tumblr.com/ I want to take a minute to personally thank her for taking the time to not only edit all of these pictures, but she sent them to me after each one was done to make sure that it was correct and one with my story line. She is truly inspiring and I am so fortunate to be able to get to know her. I hope this is the beginning of a life long friendship! Thanks shortcakes!!!]]
Posted by Unknown at 9:44 AM